Most thinkers termed post-structuralist, as well as the legitimating struggles and heated debates, were prominent until about the s. Beyond this date, the debates died down and many once radical post-structuralist ideas were subsequently absorbed into mainstream disciplines.

Ayaan Hirsi Ali Everyone followed the cartoon crisis, or the crisis about the cartoon drawings of Mohammed in Denmark. That led to an explosion of violence because large groups of Muslims still will not accept criticism of their religion.

Over and over again, when in the name of Islam, human blood is shed, Muslims are very quiet. When drawings are made or some perceived slight or offences given by writing a book, or making a drawing, or in some way criticising the dogmas of Islam, people take to the streets.

We have all these leaders of the organisation of Islam, the countries who oppressed on people, coming to demand the people apologise.

And I think it's this discrepancy that more and more people see as violence and intolerance and the lack of freedom inherent in the creed of Islam. The vast majority of Muslims are said to be moderates.

But where are the moderates? Where are the Muslim voices raised over the terrible injustice of incidents like these? 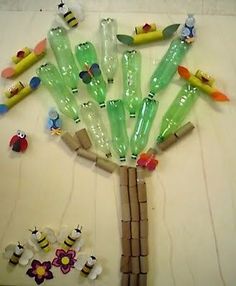 How many Muslims are willing to stand up and say, in the case of the girl from Qatif, that this manner of justice is appalling, brutal and bigoted — and that no matter who said it was the right thing to do, and how long ago it was said, this should no longer be done?

For example, I would welcome some guidance from that famous Muslim theologian of moderation, Tariq Ramadan.

But when there is true suffering, real cruelty in the name of Islam, we hear, first, denial from all these organizations that are so concerned about Islam's image.

We hear that violence is not in the Koran, that Islam means peace, that this is a hijacking by extremists and a smear campaign and so on. But the evidence mounts up. Islamic justice is a proud institution, one to which more than a billion people subscribe, at least in theory, and in the heart of the Islamic world it is the law of the land.

It is this order to choose Allah above his sense of conscience and compassion that imprisons the Muslim in a mindset that is archaic and extreme.

If moderate Muslims believe there should be no compassion shown to the girl from Qatif, then what exactly makes them so moderate? When a "moderate" Muslim's sense of compassion and conscience collides with matters prescribed by Allah, he should choose compassion.

Unless that happens much more widely, a moderate Islam will remain wishful thinking. Let not compassion move you in their case, in a matter prescribed by God, if ye believe in God and the Last Day: Alikhat What do I dislike about theism?

I dislike the veneration of ignorance, the glorification of idiocy, the wild-eyed hatred of progress and the fear of education, which send the faithful shrieking, vampire-like, from the light of knowledge. I dislike the way in which prejudice is passed off as piety.

The way superstition is peddled as wisdom. The way intolerance is raised to the lofty heights of "Truth". I dislike how hatred is taught as love, how fear is instilled as kindness, how slavery is pressed as freedom, and how contempt for life is dressed up and adored as spirituality.

I dislike the shackles religions place on the mind, corrupting, twisting and crushing the spirit until the believer has been brought down to a suitable state of worthlessness. So lost and self-loathing, so bereft of hope or pride, that they can look into the hallucinated face of their imaginary oppressor and feel unbounded love and gratitude for the additional suffering it has declined, as yet, to visit upon them.

I dislike people's need for a communal delusion, like drug addicts who unite just to share the same needle. I dislike the way reason is reviled as a vice and reality is decreed to be a matter of convenience.

The way common sense and ordinary human decency get re-named "holy law" and advertised as the sole province of the faithful.

I dislike religions' wholesale theft of any number of ancient mythologies, only to turn around and proclaim how "unique their doctrine is. I dislike how intelligence is held as suspect and inquiry is reviled as a high crime.“it turns out that privilege has a perfectly reasonable meaning.

All it means is that you’re interjecting yourself into other people’s conversations and demanding their pain be about you.”. The latest US cruise missile attack on the Syrian airbase is an extremely important event in so many ways that it is important to examine it in some detail.

Human Rights Violations in Syria - Syria is going through a civil war. A civil war is a war with the same country inside their country. Stephen Starr says that the Civil war is between the Sunni Muslim Rebels and most of Syria's 2 million Christians under the rule of Bashar Assad.

This supplement is a digest of recent events and significant contributions to fostering gender equality - and human development - in various secular cultures and institutions.

Guided By The Beauty Of Our Weapons | Slate Star Codex